Firsthand Experiences In Guatemala: On The Ground with Nico Hamacher 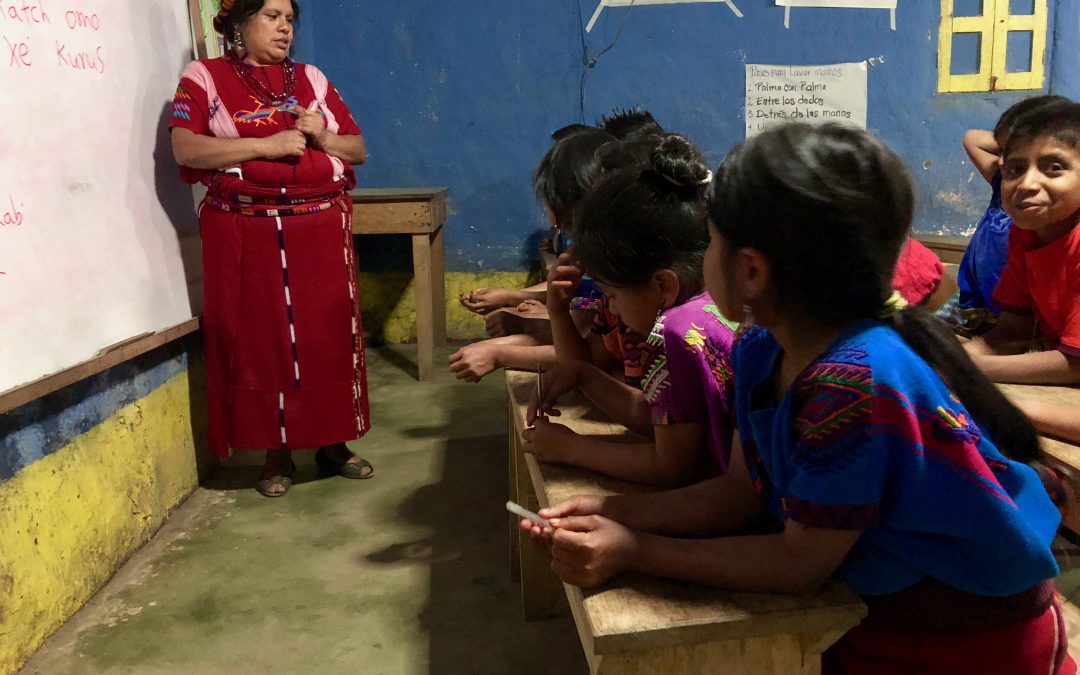 Mundo Exchange is the sole supporter of CEMIK (CENTRO PARA LA EDUCACIÓN INFORMAL DE NIÑAS Y NIÑOS), a small school in the heart of the NW Guatemalan mountains.  This incredible school that has been quietly and steadily educating Maya children who cannot afford the inscription and uniform costs of public school for 25 years.  Without fanfare, they have taught over 1,500 Chajulense youth how to read and write in Ixil and Spanish. 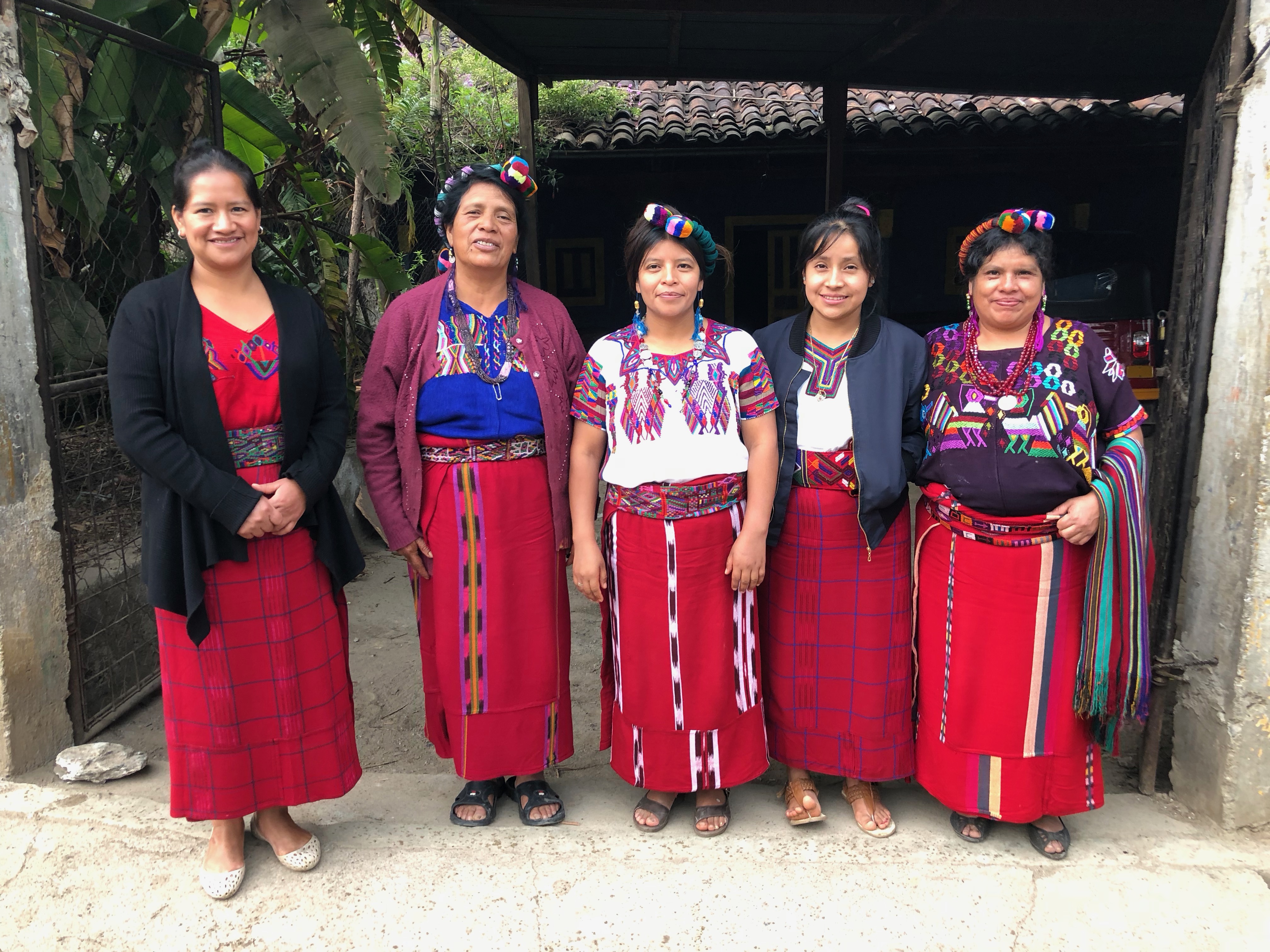 Students have learned to take pride in their rich Maya heritage despite the overwhelming prejudice that bombards them on a daily basis through media and direct contact with non-indigenous and ignorant persons.  Many of the children have gone on to be community leaders and instill in their own children the importance of an education and the importance of maintaining and understanding their Maya heritage. Know that each and every dollar you donate towards this program goes directly to furthering the education and well-being of these students! 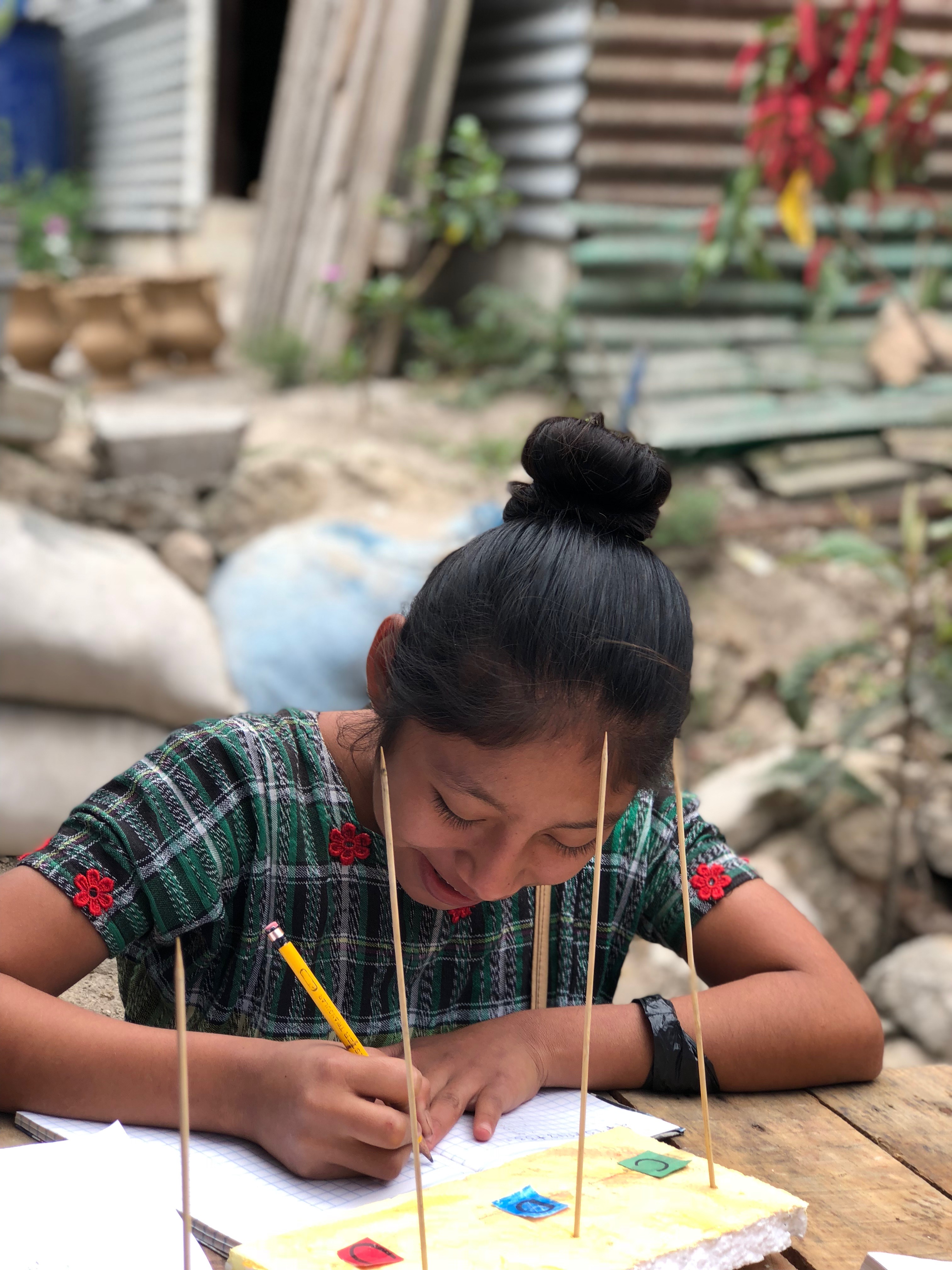 The following account comes from one of Mundo Exchange’s supporter Nico Hamacher, who has visited Guatemala and seen the school multiple times, Thank you for  letting us share this beautifully told account, Nico! ?

Hidden behind a wire fence, a broken down minivan sits vacant in the shadows nearest the street. Behind the van, a brown house bears clay shingles – a red finish around the windows and door and a small Daffy Duck painted onto the wall make the inquisitive passerby pause.

This was my second visit to the school high in the mountainous Guatemalan region of Quiche – the site of a genocide that officially ended less than twenty years ago.

My first visit had been three years prior when I had traveled to the town of Chajul with a group of fellow students to learn about the region’s intriguing and inspiring history.

I was quickly captivated by the school during an afternoon of games and art with the students. A desire to learn more lingered on and off for the next few years.

After finishing high school, I returned in a refreshingly different role – as a writer.

In the spirit of openness, it should be noted that I unknowingly made the poor planning decision of visiting during the schools recess (the equivalent of an American summer break).

Though I had been able to contact CEMIK director, Anas Caba, and teacher, Maria Teresa, the school was emptied of children and I was left only with memories of the jubilant students gazing at their teachers with complete respect and appreciation.

Now, as Maria Teresa unlocked the door and switched on the lights, I was stunned by the utter simplicity of the classroom when seen without its glowing inhabitants.

A simple table with a plastic chair sat near a Dry-Erase board at the front of the room. Along the far wall, wooden benches and short tables were stacked atop one another. Children’s drawings depicting CEMIK through their eyes dotted the walls. Home made streamers and paper cut outs were strung across the ceiling.

In the other room, a few tables and printer made up the office. On one desk sat a large pile of various types and styles of reading glasses to be distributed to students who needed them.

Minutes later, Anas arrived and we sat down.

CEMIK was founded 12 years ago as a place to educate children who, as Anas put it, “were victims of circumstance” due to the genocidal violence that wrecked havoc upon their community.

As she spoke she calmly pointed to the well-covered bullet holes in the walls and a chip in the door that had been painted over in a cheery red. The reminders of the buildings past as her childhood home and her families effort to hide from soldiers as they targeted the indigenous people. She mentioned how after breaking down the door, the soldiers executed a number of her family members where the van now rests outside.

The school originally provided a place where 7-14 year old students were able to learn about their ancestors, the environment, and Mayan Ixil culture while also getting what, for many, was their only nutritious meal of the day.

In recent years, the schools student body has transformed with focus redirected towards those struggling in the throes of extreme poverty; most students come from families who cannot afford the $25 per year cost of attending government funded schools, but still recognize the value of an education.

The small one-classroom building serves approximately 80 students per day split between one morning and one afternoon shift.

During the year, the kids take field trips to the nearby mountains, around town, and into the fields to learn about their surroundings and why the continued wellbeing of the natural world around them is necessary for the wellbeing of the Ixil people.

The small teaching staff also organizes family gatherings – mother’s day, father’s day, children’s day – in an effort to create a community and a sense of pride around their small school.

It has become progressively more common for CEMIK’s graduates to continue on in their schooling and the ability to write in Ixil has helped tremendously. The easy transition from Ixil into Spanish writing has provided a needed leg-up for the students already struggling to keep up with their peers.

As the school has aged, demand has risen considerably. A memory from my first visit during a classroom session recalls young kids piled up against the wire fence trying to see inside and be part of the fun.

Despite the schools consistent successes and high demand, without any classroom fees or form of consistent governmental assistance, the $4,000 annual budget depends almost entirely on donors who are often hard to find.

This past year, the school was forced to close from June through the majority of November after a lack of funding meant the school was unable to keep the classroom lights on.

In the face of their substantial hurtles, the two women have big dreams for the future, where they hope to one day be able to expand and serve more children in Chajul and the surrounding villages. For now, however, they are focused on the month ahead and the start of a new school year.

In the days that followed, I reflected on my visit to the school and discussed what I had learned with a variety of NGO employees in the area. It quickly became apparent that CEMIK, its driven teachers and students and consistent contributions to the community, largely rests in the shadows beside other international NGO’s. Instead, the teachers and their school exist in the background, quietly changing the lives of the children in their small community and reversing the aftermath of their traumatic past.