The Surprising Dangers of Chopsticks 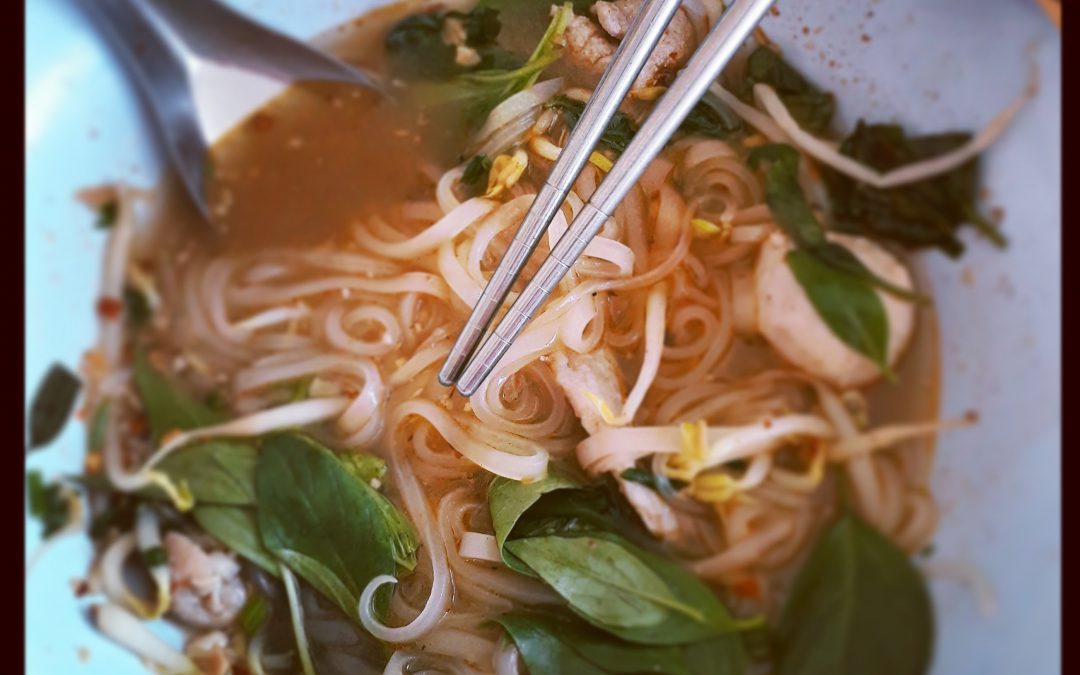 How often have you picked up a pair of disposable chopsticks, cracked them apart, and dug into your meal without a second thought?

One would assume that wooden chopsticks would be better for the environment and probably for yourself than plastic, but surprisingly enough those little sticks are doing more damage to both yourself and the Earth than you would think!

If you are one to watch your carbon footprint, it might shock you to know that – despite a common misconception – disposable chopsticks are not sourced only from forest thinning (wood which would otherwise just go to waste). The demand has far exceeded the resources, and rather than an environmentally friendly no-waste approach, roughly 100 acres of trees are felled daily. Forests are clear-cut despite the fact not all wood can be used and sometimes only 1/4 of wood from the tree will actually be fed into the mill. The remainder is either burned or left to rot. That’s quite a bit of damage for just for a pair of those small, innocuous looking eating utensils!

Over 10,000 square miles of Asian forests are disappearing annually, leading to deforestation. This lack of trees leads to higher levels of CO2,  thus affecting global warming, and it is damaging to the land and locals as well. Deforestation leads to weakened natural defenses against flooding and an increased risk of landslides. Furthermore, deforestation has led to wood imports from both Burma and Borneo. Borneo, in case you were unaware, is one of the last native habitats on our planet for the orangutan. They are currently an endangered species due to habitat loss, and we will soon push them to extinction if we continue digging deeper into their habitat in our demand for those two little wooden sticks we toss after a single use.

Not only is the environment negatively affected, but your health as well! In our not too recent past, investigations into the production of disposable chopsticks revealed an alarming discovery. Acid, bleach, hydrogen peroxide, sulfur dioxide, paraffin,  and other harsh chemicals were used during production. Paraffin, a known carcinogen, is harmful to your digestive system. Sulfur dioxide affects your respiratory system, esophagus and stomach, and hydrogen peroxide can – in extreme cases and over long term use – lead to DNA damage. All of these harsh chemicals and more can leach out when eating with disposable chopsticks, especially when dipped into hot liquids such as soup.

While it’s true there is increased regulation on this and there is a production standard, there is often little to no supervision in many of the smaller factories. Without stringent supervision shortcuts will be made, leaving the general public vulnerable to these health dangers. It’s also useful to know that, although we put these in our mouths repeatedly, chopsticks are not considered food and  therefore the chemicals used to create them are not under the same regulation as for consumption.

Disposable chopsticks pose a risk both for the environment and for the customers using them. But what can we do?

While plastic isn’t an ideal solution, reusable chopsticks made from hard plastic are not only safer for us but at the end of the day even cheaper for restaurants! Bamboo is a decent option if you are careful about what you buy and stick to high quality. But be careful!! Cheaply made disposable bamboo chopsticks are surprisingly worse for you because chemical leaching is up to 4x’s higher in the bamboo than wood!

You can buy a nice, high quality pair of bamboo or plastic chopsticks that are long lasting and reusable. They are great if you want to carry them around with you and bring your own chopsticks to restaurants!

The BEST option, in our opinion, would be metal chopsticks. Titanium chopsticks are not only light but also easy to clean, reusable, and have no chemical leaching. Sure sometimes it is a little bit more difficult to pick up slippery foods like noodles in soup, but isn’t it worth that small inconvenience to know you are saving your environment, protecting endangered species, and taking care of your own health?

We stopped by a restaurant here in Buengkan, Thailand for lunch and we were absolutely THRILLED to see these metal chopsticks! We recently stumbled across an article highlighting the dangers and downfalls of disposable wooden chopsticks and it was eye opening.

This is an issue that isn’t widely known for talked about in the world, but it needs to be.

Chopsticks are used as a go-to utensil for many in the eastern world. While chopsticks may not be our main utensil of choice for most meals in the western world, disposable wooden chopsticks are still exported to our countries. We all need to be a part of a global movement; we need to stand together and make these changes together as individuals, businesses, and communities. Make an effort to bring your own reusable chopsticks. Be conscious of not only what you consume but also how you consume it.

We applaud businesses like the one we went to today for lunch who take steps to make a difference, promote environmentally friendly practices, and protect the health of their customers. 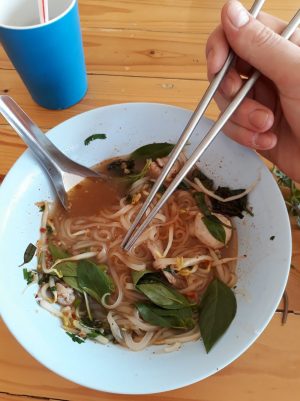